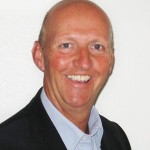 David graduated from the AECC in Bournnemouth in 1983. After working for three years in Chelmsford and London, as well as numerous locum posts, he set up the Farnham Chiropractic Clinic in 1986. David has developed an excellent working relationship with local GP’s and specialists who regularly refer patients to the clinic. David is registered with the General Chiropractic Council and is a member of the British Chiropractic Association, College of Chiropractors and British Chiropractic Sports Council. Married, with three children, David has a very keen interest in sport in particular golf (playing at Farnham, The Sands GC) cycling,squash, tennis, badminton, skiing and paragliding.

Sarah has completed post graduate courses in Dry Needling (acupuncture), taping and is a FAKTR practitioner (Functional and Kinetic Treatment with Rehabilitation).

Sarah is registered with the General Chiropractic Council (GCC) and is a member of the British Chiropractic Association (BCA).  She is married with a little girl and has a mad cocker spaniel called Barney to walk.  She enjoys treating people of all ages from babies to the elderly. 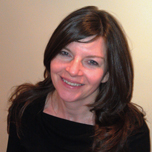 Michelle is a Chartered Psychologist and Registered Clinical Psychologist Michelle qualified as a clinical psychologist in 1993, spending two years working in a community mental health team in Guildford before moving to Frimley Park Hospital in 1995.  She was the Consultant Clinical Psychologist leading and developing a team of psychologists working across a broad range of specialities including Critical Care, Obstetrics and Gynaecology,  Cardiac and Respiratory services, Immunology, Neurology, Gastroenterology, Cancer and Palliative Care and Chronic Pain. Michelle left Frimley Park Hospital in 2018 and is now working as an independent practitioner full time. 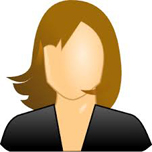 Liz is a Chartered Psychologist and Registered Clinical Psychologist Liz qualified in 2000, spending three years in a community mental health service, primary care and clinical health psychology service in Guildford before moving to Frimley Park Hospital in 2003.  Liz leads the psychology service to Rheumatology and Cancer and Palliative Care as well as working with people with a wide range of acute and long term health conditions. Liz also provides clinical supervision for a range of physical health care staff. 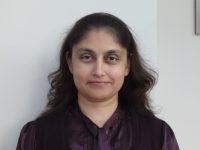 Saniya is a Chartered Psychologist and Registered Counselling Psychologist. Saniya qualified in 2002 spending 17 years working in several community mental health teams. She also worked within several primary care and clinical health psychology services. Saniya leads a Veterans Mental Health Service in the NHS as well as working as an independent practitioner. She works with people with a wide range of mental health difficulties as well as long term health conditions. Saniya also provides supervision to psychologists and trainee psychologistsChir